FOR SUBTITLED TRANSLATION TO ANY LANGUAGE:
(click 1.) press “CC” button, down on the right side (underlined with a red line – means subtitles ON)
(click 2.) press: “a small gear” button, to the right, next to it, and then:
(click 3.) press: “Subtitles CC”, and then:
(click 4.) press: “Auto-translate” – first, and finally:
(click 5.) in the popup menu – select the desired language… 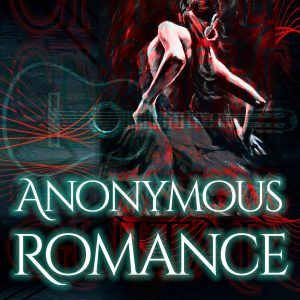 Anonymous Romance is a Spanish guitar standard as old as the Spanish guitar itself. It was probably written somewhere in early 1800s. So, soon after the modern day Spanish guitar appeared on the Iberian peninsula. Its musical form and the other characteristics very soon included it into the classical guitar heritage. It is written in the key on E, both E minor and E major. It is a “two piece song”, from the musical forms standpoint. E key is the most important and powerful key on the guitar, thanks to its open strings tuning. The very basses as open strings are the tonic (E), the subdominant (A), and the (natural minor) dominant (D). And with inverted E minor triad on the open 1st 3 strings – makes it perfect for performing in E minor.
The best possible exercises for mastering advanced Flamenco Guitar are easy listening famous classical guitar pieces. This song is classical by form, but romanticist by time when it appeared. In the times of the change from classicism to romanticism in music history… It helped the Spanish guitar reach the widest possible audience significantly. The Anonymous Romance is easy to perform and allows almost anybody to at least, takes a peek into the world of classical guitar. The Spanish guitarist that literally based his whole career on this piece was Narciso Yepes. He performed it so much, that people ended up thinking that he wrote it himself. The lightness of the melody, and the fact that it was used in like 10 000 movies, TV series, audio jingles, and all possible media just embedded it deeper and deeper into the Spanish guitar heritage. So this piece represents the very classical guitar, in its own way. It allows us to play with the harmonics of E minor, and the slight changes in the note color as we move our right hand towards “sul Ponto”, or towards “sul Tasto” on our guitar, with such ease, that with a very little effort (talking only about part A of Anonymous Romance, the part B is an intermediate level piece), we can enjoy in all beauties of performing one of the most amazing classical guitar masterpieces ever…

From the beginning of the 19th century in Spain, with the classical guitar coming to the world music stage and being played more and more in the elite society, the Gypsies rapidly adopted this new 6 string instrument as their own. Started populating western Europe from the Punjab province in India during the Moz-Arabs ruled Iberia in the 12th century, many of the Gypsy “guests” remained after the 15th and 16th-century Christian conquests, that started in 1492. Castilla and Toledo’s alliance expelled (almost) all Jews and Arabs, and almost all the Gypsies. Besides that fact, the Gypsies were the ones that were the carrier and the catalyst for all right-hand techniques because they were too poor to buy metal strings, like normal citizens. They were making the strings from animal intestines and were playing the guitar without any bone pick, using the fingers and fingernails. They were now traveling nomads again just under Christian rule, and as the second order citizens, Gypsies continued to spread the spirit of freedom over the Iberian peninsula. Their nomadic freedom ideology, under years of repression – created the very essence of the Flamenco spirit and culture we have today…!
Flamenco playing style came from their different approach to this newly emerged and perfected 6 string instrument. Instead of performing it plucking the strings by pulling and releasing them with the fingers (like classical guitarists, which would require a certain level of precision and fingernails hygiene); their approach to it was much cruder. They started using the whole body of the guitar as a percussion instrument, hitting the front board to create sound and playing the “golpe” hit. Therefore paving the way for the “golpe” protection plate to appear. But the most important is that they invented a whole new technique from scratch, hitting the strings with the top of the fingernails with circular repetitive motion; using as a pivot base both the wrist and the finger base joint with the anchored thumb. Therefore creating the base of the “Rasqueada”, as opposed to “Punteada” guitar, (today being the flamenco and the classical guitar).

Flamenco Guitar Lessons reveals secrets, tips, and tricks for mastering flamenco guitar, through a set of very comprehensive video tutorials on Harmony, Techniques, Styles (“Palos”) and Nails. The technically rich Iberian legacy brought every single classical guitar technique into the world of flamenco. That’s why the flamenco guitarists today are on the technical front lines, widening flamenco language and achieving the impossible. On the other hand, the strict classical guitar world, waiting for some piece to be written to embed the technique into the classical guitar heritage, is still late to adopt many fantastic flamenco techniques. Therefore Flamenco Guitar Lessons explores the most important from both worlds.
A special sample player software called Flamenco Loop Player will enable you to effectively learn flamenco rhythm (compás) by playing along with the highest quality flamenco percussion samples of cajón (hand drum), palmas (claps), shaker, djembe, congas, bongos, maracas…and all the most used percussion instruments in flamenco. Every beat is marked with a yellow vertical line, and every group of beats to consider while counting is highlighted with green, so you can easily understand the accents seeing exactly what is where, and develop an inner feeling for the rhythm…