Entre Dos Aguas – FOR SUBTITLED TRANSLATION TO ANY LANGUAGE:
(click 1.) press “CC” button, down on the right side (underlined with a red line – means subtitles ON)
(click 2.) press: “a small gear” button – to the right next to it, and then:
(click 3.) press: “Subtitles CC”, and then:
(click 4.) press: “Auto-translate” – first, and finally:
(click 5.) in the popup menu – select the desired language…

Entre Dos Aguas is probably the most important song from the entire flamenco cultural heritage. This rumba is an especially designed and “polished” product for the world music market by Maestro Francisco or Paco De Lucia. The most famous version of this song or “Between Two Waters” came out in first in 1971, but it was re-published many times after that. 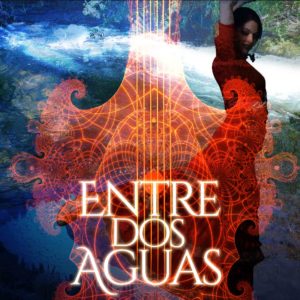 During the 1960’s Paco was still a developing young artist, often playing with Niño Miguel, an extremely talented flamenco guitarist from Huelva. They had so similar energies, and were both “monstrous” (monsters) of the guitar, reaching unbelievable technical levels, and seriously widening the flamenco guitar’s language. Unlike Niño Miguel, Paco had besides the natural, also a scientific approach to the subject; he started applying late romanticist’s harmony into his compositions, creating the legacy that we have today. For the first time in history they both started perceiving flamenco styles (palos) as musical forms that can be fused with other musical styles; if we listen to their early albums, we can hear their “impressionists” approach, with many mundane “not flamenco” motives. They didn’t just compose Entre Dos Aguas, initially called “Entre Dos Rios” (Between Two Rivers), but they have drawn each other into creation, defining for the first time in flamenco music and production what we today take as “the basic characteristics of a certain flamenco-style”. This mutual inspiration and collaboration left a very important mark in Maestro’s life and creativity. Paco became a world celebrity, and continued creating one of the most important world cultural legacies, while Niño Miguel turned into an alcoholic, and spent the last 4 decades of his life in various bars in Jerez, playing drunk on a totally broken guitar with 3 wrongly set strings. There were quite a few attempts to help him by a guitar community and his neighbors as well, but with very little effect… 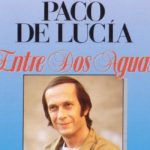 The harmonic cycle in part A has a moderate tempo rumba rhythm, and it is switching constantly between two different dominants – the 5th-degree chord changes from the natural minor dominant into the harmonic minor dominant. That switch is the reason for the name “Between Two Waters”; it is referring to the two oceans that surround the Iberian peninsula. One is the Atlantic ocean, and another is the Mediterranean sea. The two dominants come from the very same parts of the world the song refers to. The natural minor dominant is used much intensively in fado, the first western neighbor – Portugal, that is on Atlantic ocean, while the harmonic minor dominant comes from the Arab ruled Mediterranean ocean, and is used intensively in all North African and Southern European countries’ national music. 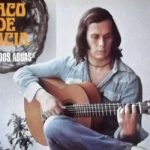 Part B main theme has enjoyment, happiness, and all the passion of flamenco. It comes from the nobility that flamenco possesses, from the desire for freedom and with full respect towards all other nations. The rumba imitates the waves of the sea, and when that big blue comes in touch with fire orange of flamenco, it bursts into a harmonic rhythm that immediately elevates your spirit, and moves your hips. For the choice of the harmonic cycle, Paco didn’t have to think twice – it has the most famous and the most used harmonic sequence of chords in flamenco. All the consonances on all the degrees of the dominant tetrachord in the natural minor scale, but with the dominant chord from the harmonic minor: the minor tonic, the 7th-degree chord from the natural minor, the 6th, and of course the 5th-degree chord as a “tonic-alized” harmonic minor dominant.
Entre Dos Aguas was a source of inspiration for almost every flamenco artist during the last 5 decades. Today there are many songs composed with exactly the same harmonic sequence of chords, but with different lyrics and little different melodies… 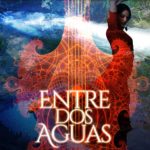 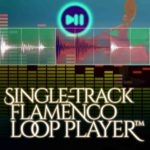 From the beginning of the 19th century in Spain, with the classical guitar coming to the world music stage and being played more and more in the elite society, the Gypsies rapidly adopted this new 6 string instrument as their own. Started populating western Europe from the Punjab province in India during the Moz-Arabs ruled Iberia in the 12th century, many of the Gypsy “guests” remained after the 15th and 16th-century Christian conquests, that started in 1492. Castilla and Toledo’s alliance expelled (almost) all Jews and Arabs, and almost all the Gypsies. Besides that fact, the Gypsies were the ones that were the carrier and the catalyst for all right-hand techniques because they were too poor to buy metal strings, like normal citizens. They were making the strings from animal intestines and were playing the guitar without any bone pick, using the fingers and fingernails. They were now traveling nomads again just under Christian rule, and as the second-order citizens, Gypsies continued to spread the spirit of freedom over the Iberian peninsula. Their nomadic freedom ideology, under years of repression – created the very essence of the Flamenco spirit and culture we have today…!
Their guitar playing style came from their different approach to this newly emerged and perfected 6 string instrument. Instead of performing it plucking the strings by pulling and releasing them with the fingers (like classical guitarists, which would require a certain level of precision and fingernails hygiene); their approach to it was much cruder. They started using the whole body of the guitar as a percussion instrument, hitting the front board to create sound and playing the “golpe” hit. Therefore paving the way for the “golpe” protection plate to appear. But the most important is that they invented a whole new technique from scratch, hitting the strings with the top of the fingernails with circular repetitive motion; using as a pivot base both the wrist and the finger base joint with the anchored thumb. Therefore creating the base of the “Rasqueada”, as opposed to “Punteada” guitar, (today being the flamenco and the classical guitar).

A special sample player software called Flamenco Loop Player will enable you to effectively learn flamenco rhythm (compás) by playing along with the highest quality flamenco percussion samples of cajón (hand drum), palmas (claps), shaker, djembe, congas, bongos, maracas…and all the most used percussion instruments in flamenco. Every beat is marked with a yellow vertical line, and every group of beats to consider while counting is highlighted with green, so you can easily understand the accents seeing exactly what is where, but also developing an inner feeling for the rhythm…: