When you log in, the site structure is exactly the same. But in the main menu under THE METHOD - there are complete video tutorials playlists, with loop players and PDF files below the main video window. While in SOFTWARE AND TOOLS - there are the corresponding software tools, with their specialized databases. Flamenco Guitar Lessons reveals secrets, tips, and tricks for mastering both Classical & Flamenco Guitar, through a set of very comprehensive video tutorials on Harmony, Techniques, Classical Guitar, Flamenco Styles (Palos), and Nails. ALL VIDEO TUTORIALS ARE CLOUD HOSTED ON THE BEST AND THE FASTEST VIDEO CLOUD SERVER, THAT FIRST HAS - A MUCH BETTER SOUND THAN YOUTUBE. The video player has the most advanced features and variable speed. It can be accelerated up to 2.0 - or slowed down to 0.75, or to 0.50% - of the real speed of the video. It uses the latest most advanced algorithm to do the pitch re-calculation, so it works without changing the original intonation (pitch) of the actual audio signal. It is a very useful feature for a more in-depth analysis, also when slowing down the video, and observation of some extra details - when needed.
Flamenco Guitar Lessons starts exploring the technically very rich Iberian legacy and the Spanish guitar technique from its absolute roots. Precisely - observing the period from 1800 until today. It happened that the Spanish national heritage with its rich string instruments legacy after perfecting the classical guitar as an instrument (from the 1800th) - couldn't prevent any classical guitar technique from migrating into the world of flamenco guitar. That's why the flamenco guitarists today are on the technical front lines, widening flamenco language and achieving the impossible.
On the other hand, the strict classical guitar world is waiting first for some piece to be written with the newly invented flamenco technique. Never mind that the technique is already A MEANS OF EXPRESSION, literally, and only then after analyzing the piece for a few decades - the classical guitar bureaucrats will maybe let it enter the classical guitar repertoire, and finally be embedded into the classical guitar heritage. The classical guitar world is therefore still very late to adopt many fantastic flamenco techniques...! So - Flamenco Guitar Lessons explores the most important from both flamenco and the classical guitar world.
A special set of software, called Flamenco Single-Track & Multi-Track Loop Players will enable you to effectively learn the flamenco rhythm - compás. by playing along with the highest quality analog recordings of the flamenco percussion samples of guitar, bass, cajón (hand drum), palmas (handclaps), shaker, djembe, congas, bongos, maracas...and all the most used percussion instruments in flamenco.
Flamenco Guitar Lessons' very important asset is the set of the Multi-Track Loop Player Software that uses the world's unique Flamenco Samples Databases of pre-recorded MULTI-TRACK LOOP SETS.
But first, there is a set of 4 Single-Track Loop Player software players, (Rumba, Tangos, Bulerias, Alegrias), and the special dedicated green transparent markers, that follow the playback cursor - grouping the marked beats (marked with the yellow lines) in a very special way. That visual input immensely helps to understand the division of the beats and the position of accents in the flamenco compás that is in triplets. 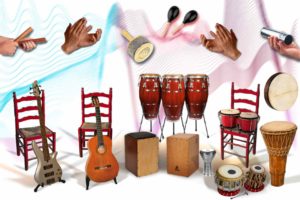 Then there is a Binary Multi-Track Loop Player for Rumba and Tangos patterns. It has Entre Dos Aguas A and B parts, rumba by Paco DeLucia - as a LOOP SETS, so you can practice the improvisation over the previously sub mixed channels you want.
And also the Ternary Multi-Track Loop Player for Bulerias, Alegrias, and all the odd flamenco 3/4 rhythms. Just the glimpse on the "palmas" tracks, (divided into 4 different handclaps types) - reveals all secrets of the flamenco compás...!
The Full Arrangements Player is a studio-like addition to this learning platform. It offers a studio insight into the process of production and the very creation of flamenco music. It uses the multi-track platform offering full arrangements of Bulerias and Alegrias and all their accompanying instruments on their individual audio channels. The multi-track engine with Solo, Mute and Volume slider is very similar to any DAW - Digital Audio Workstation.
All the samples in all the databases were carefully recorded, selected and produced over the period of the last 25 years. All the samples are coming from the real, applied music, and the very organic nature of the samples - totally prevents the option to ever get bored from one and the same repetitive sound, like on many rhythm machines... 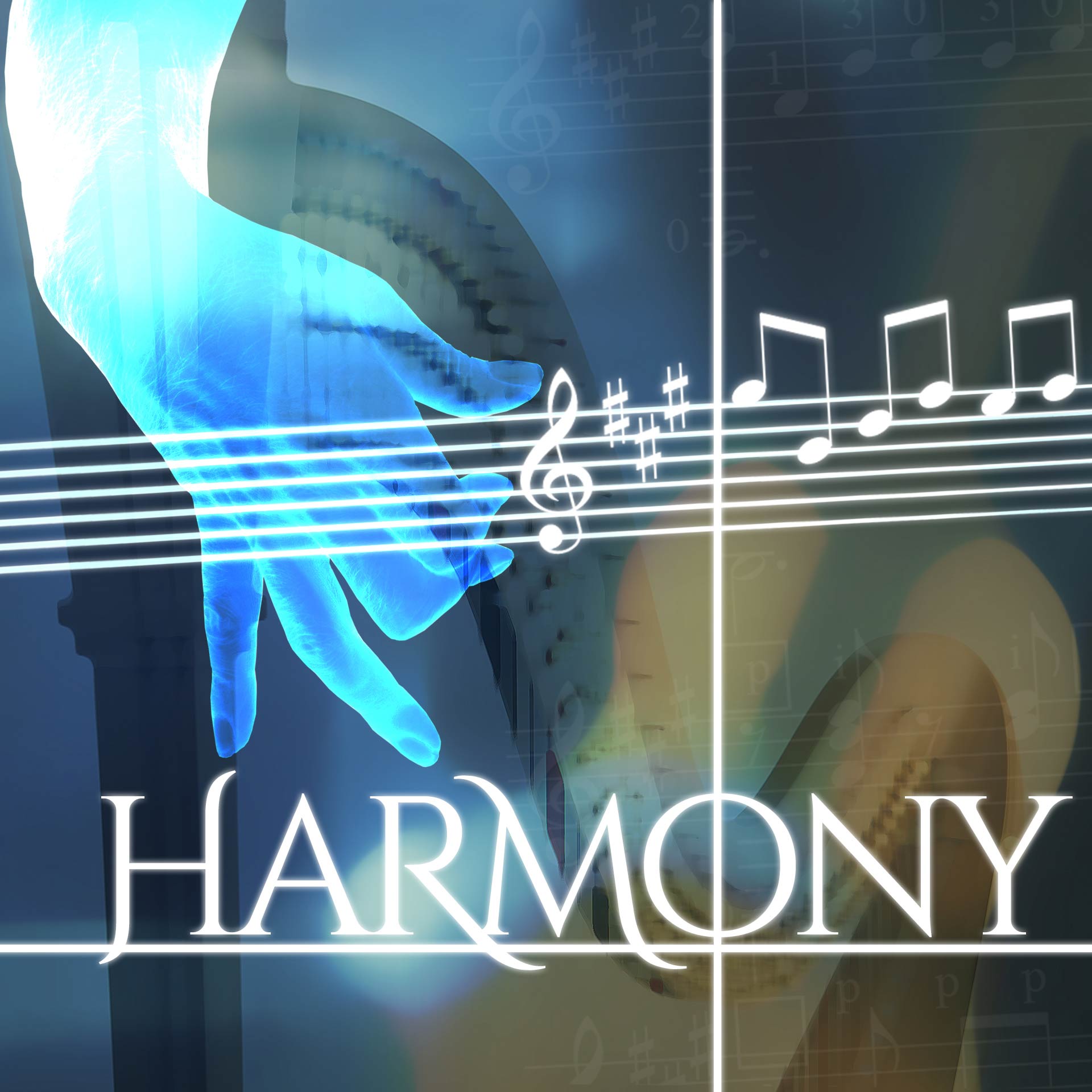 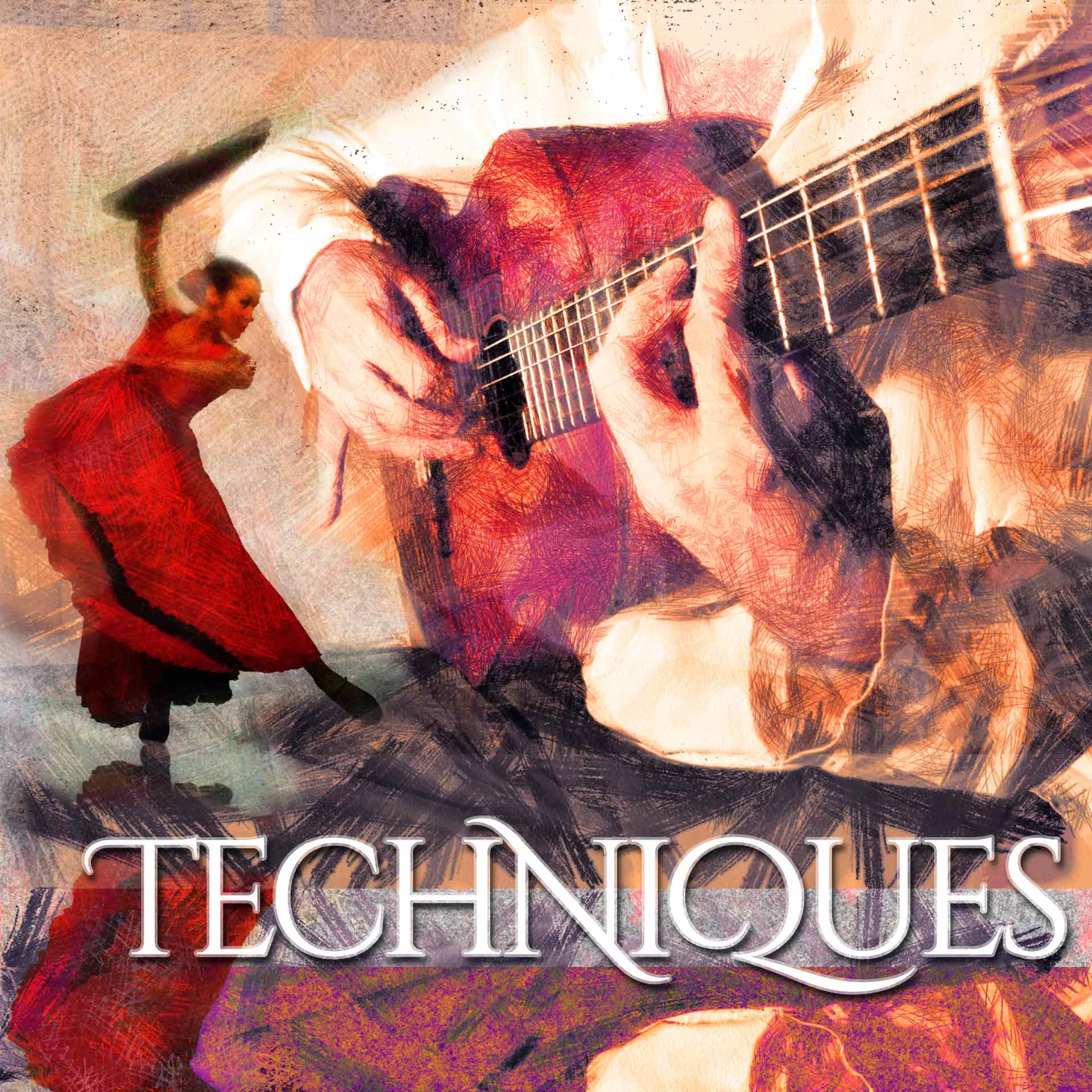 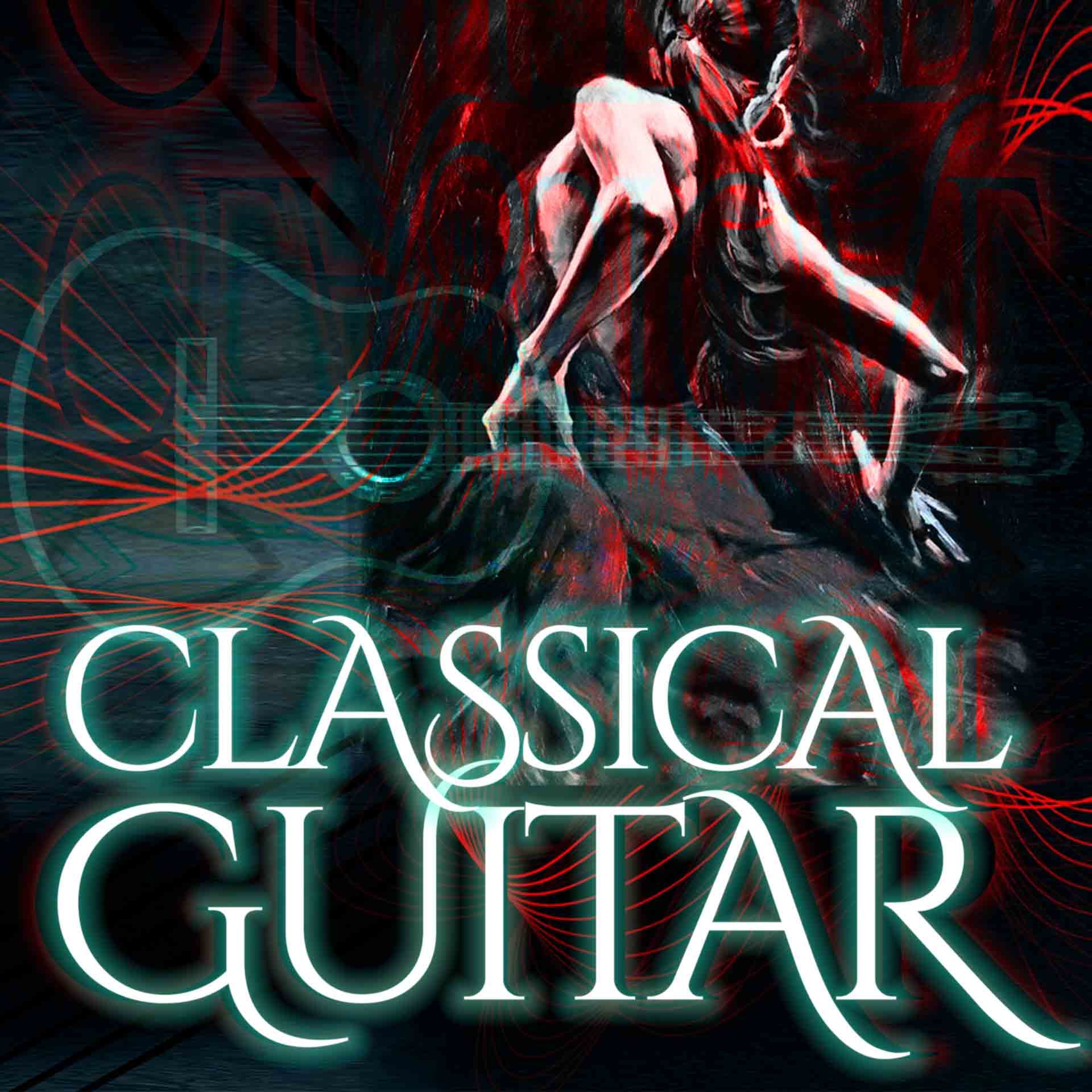 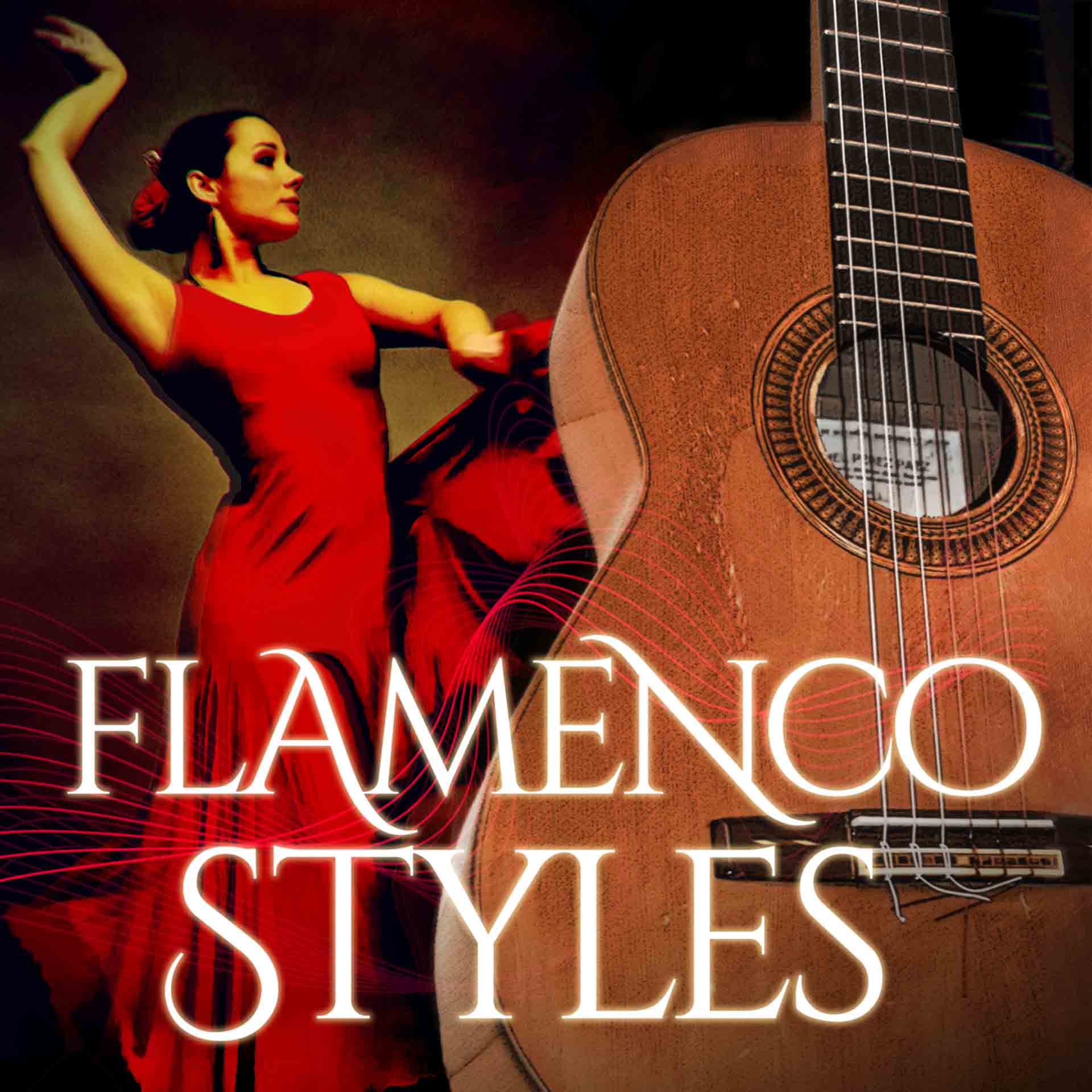 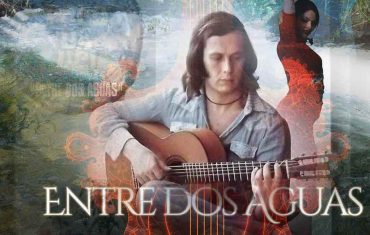 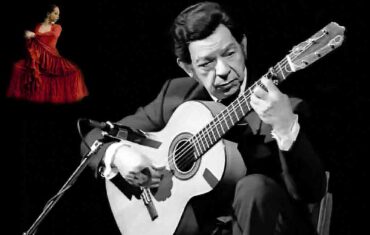 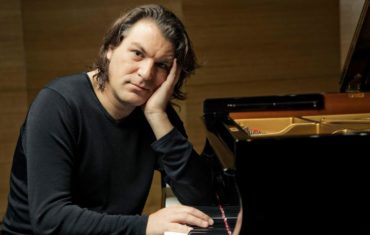 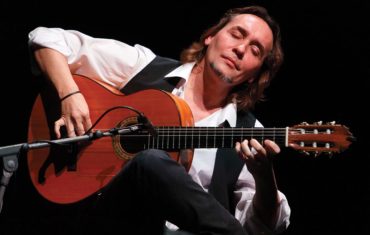 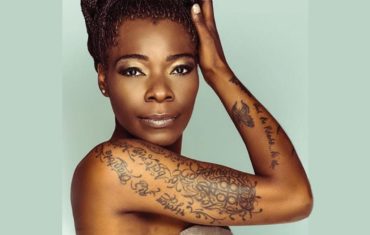 NICOLAS: I think that no words are needed to describe this talented young man. Let me just remind you of what kind of environment he is coming from. Arkansas USA – is a city in which very few people know why guitarists have long fingernails on the right hand, neither that the Spanish Guitar is played WITH FINGERNAILS – instead of USING A PICK…?!?
But Ryan is a living example of how a man can spiritually elevate himself achieving any hights he sets his mind to. And all that he can achieve even in a completely different environment, from the culture he is exploring. Take a look, he plays completely effortlessly, he mastered the compás brilliantly – all hats down, maestro…!

RYAN: the software set of the Loop Players are the most important tools that helped me learn the rhythm, the compás. I was first repeating just the basic pattern for quite a long time, but at one moment – it just came to me, and I just suddenly understood the accents and the very essence of the rhythm. With no exaggeration: The Loop Player Softwares are HANDS DOWN – THE BEST POSSIBLE TOOLS FOR MASTERING THE COMPÁS – EVER CREATED! Nicolas bro, thank you for producing these fantastic databases and these loop sets. The engine with its grid-lines works so well – you can analyze every sample to the detail, and realize that it is a world on its own. The difference between the traditional and your method in counting the accents – is “just 200 years” of advancement apart 🙂

NICOLAS: You couldn’t even imagine how much torture we went through, because in Yemen the download is SO WEEK that a normal video conference lesson was completely out of the question, and not even an audio connection could be ever established normally. So we went sending short videos to one another. For which Samir unfortunately sometimes had to wait a whole day to upload or download, (for just a 90 MB movie… terrible..?!?).
But we are still very proud of what we achieved in communication and understanding…!

The essence of this Video Testimonial is that Samir has learned the flamenco rhythm – COMPÁS – FROM THE SOFTWARE ON THE WEBSITE – LIVING SOME 3000 MILES FROM SPAIN – IN LESS THEN 6 MONTHS…! And on top of everything, I couldn’t even give him a proper live online lesson… Because in Yemen, the video bandwidth is restricted probably individually – on every possible gateway on the Internet, (we tried every possible video conference software…) 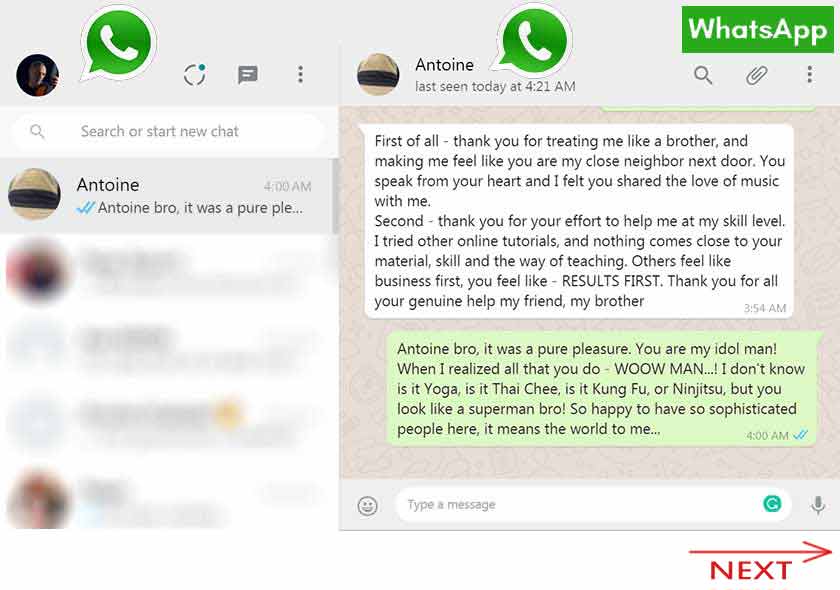 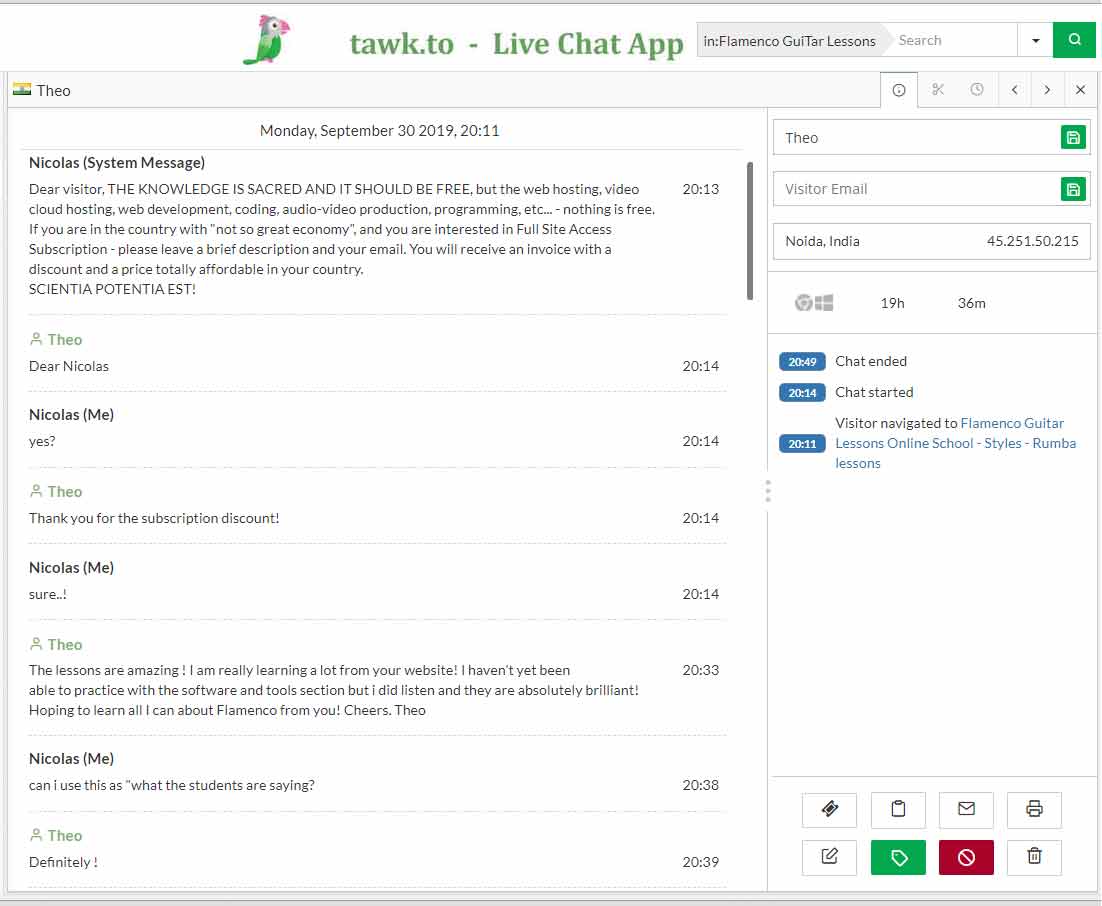 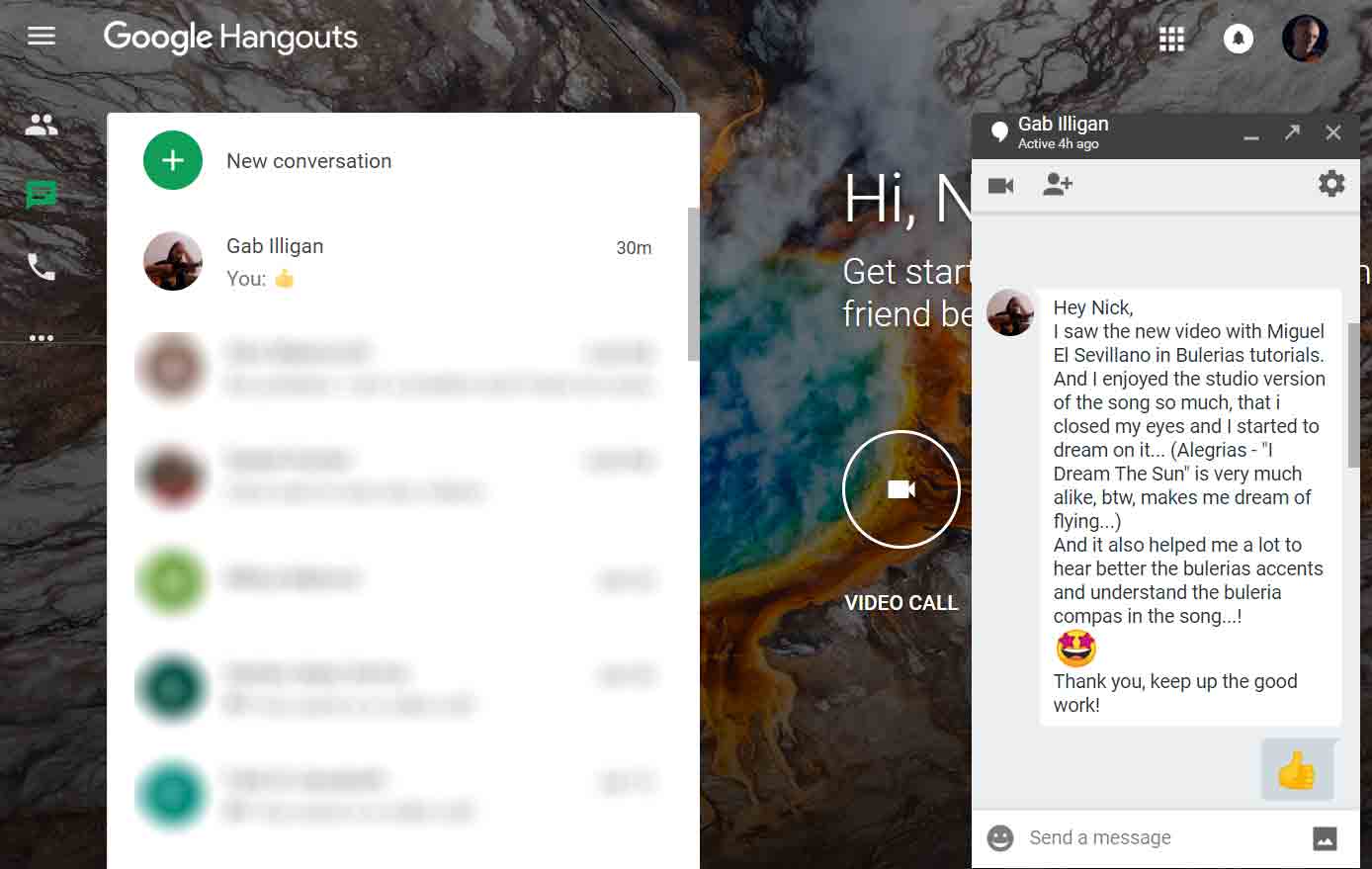 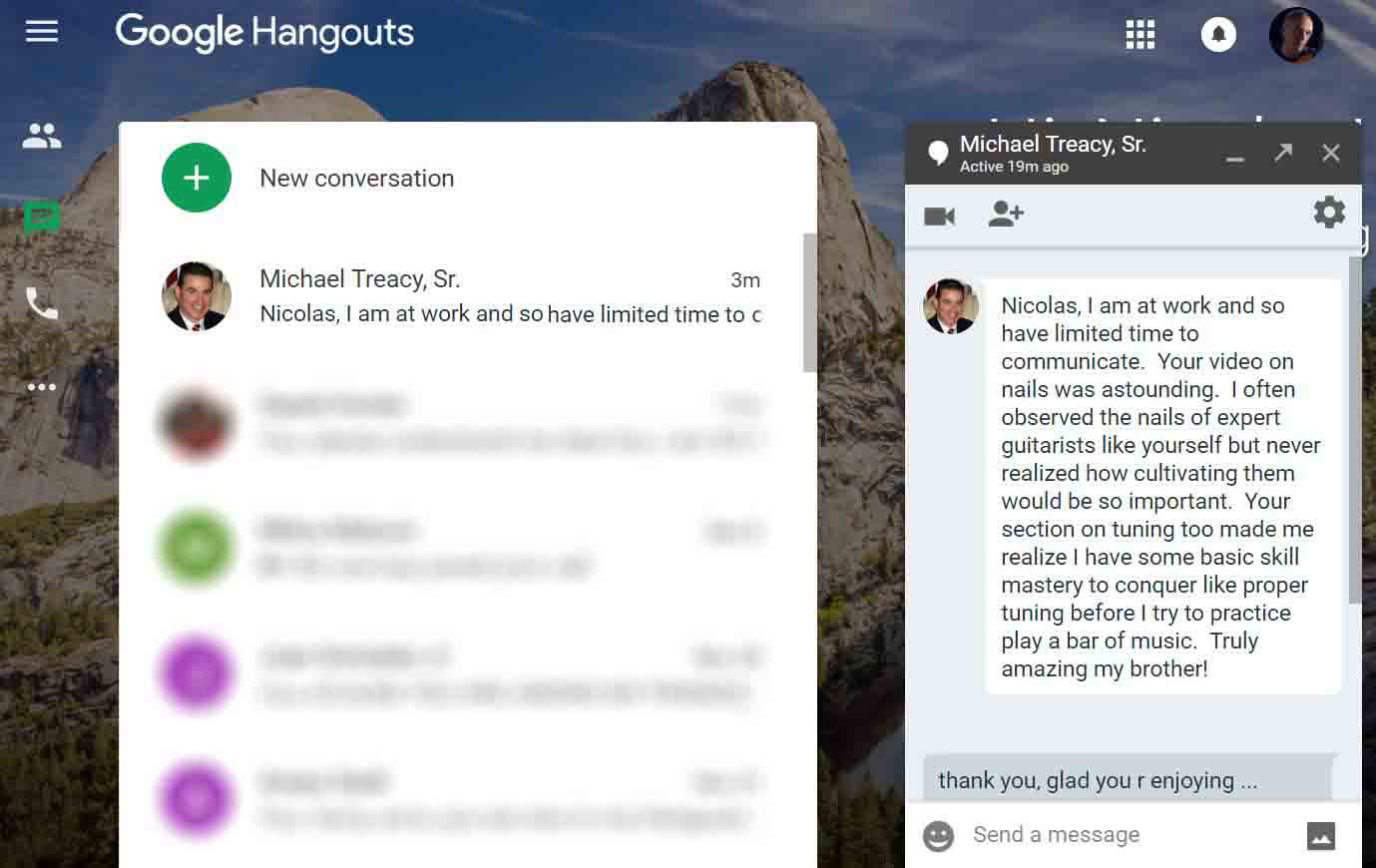 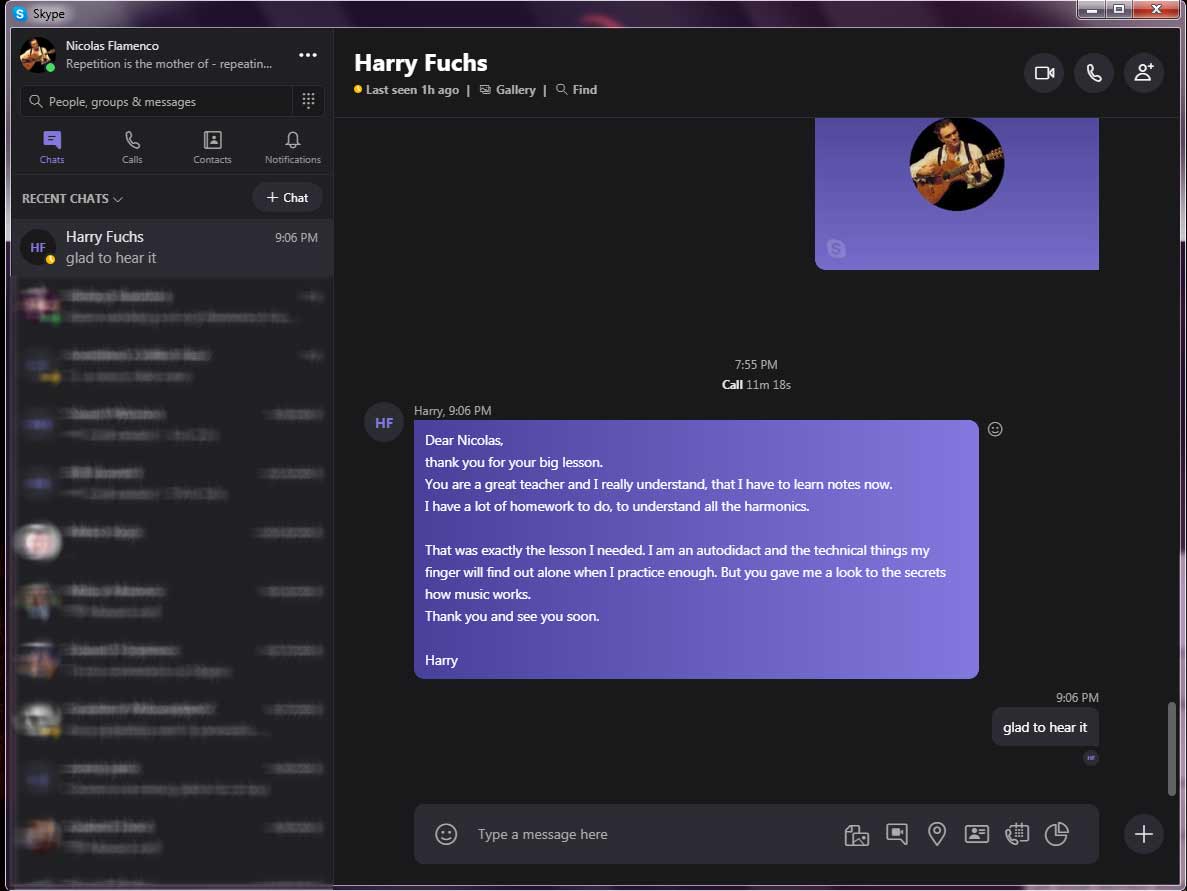 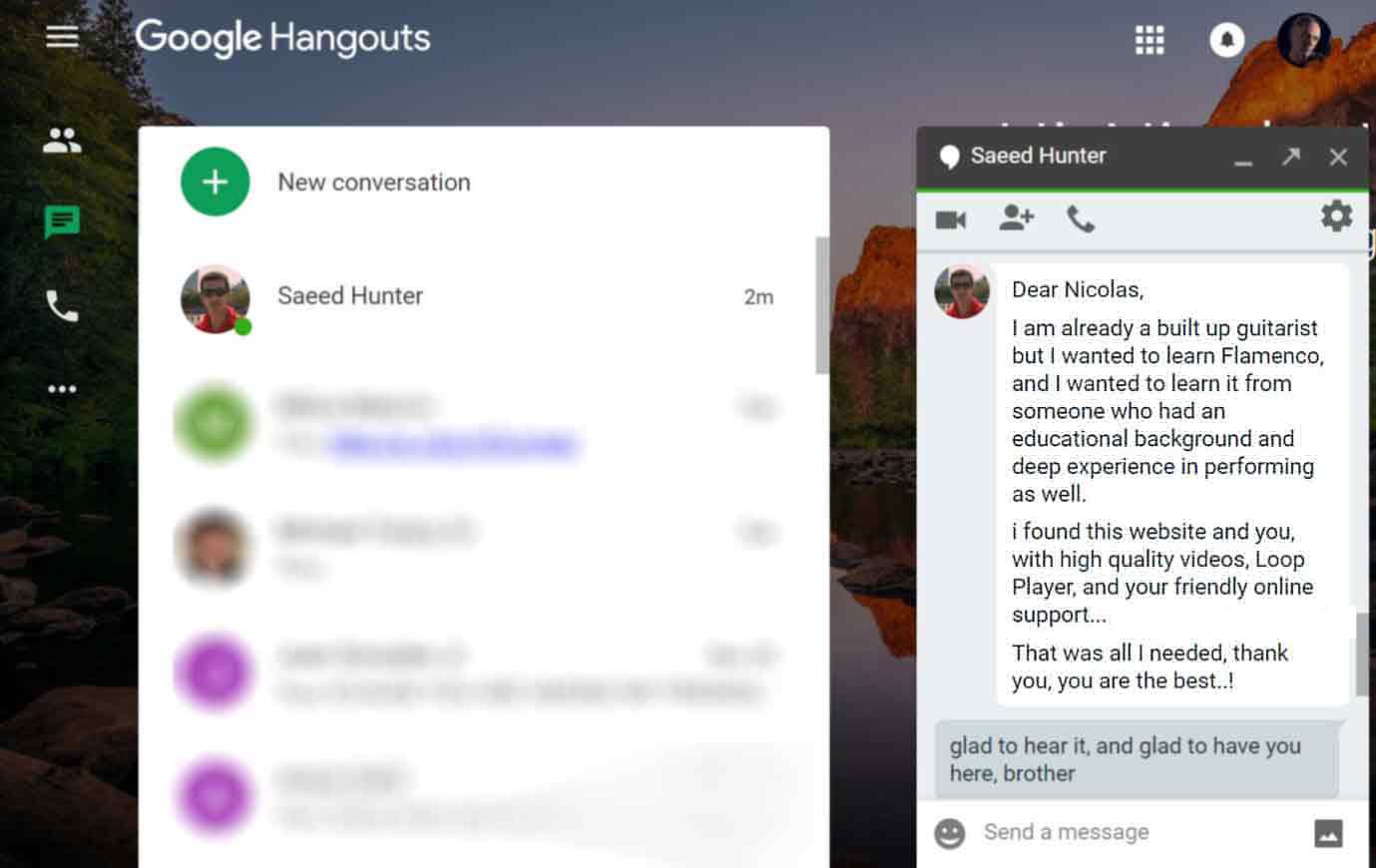 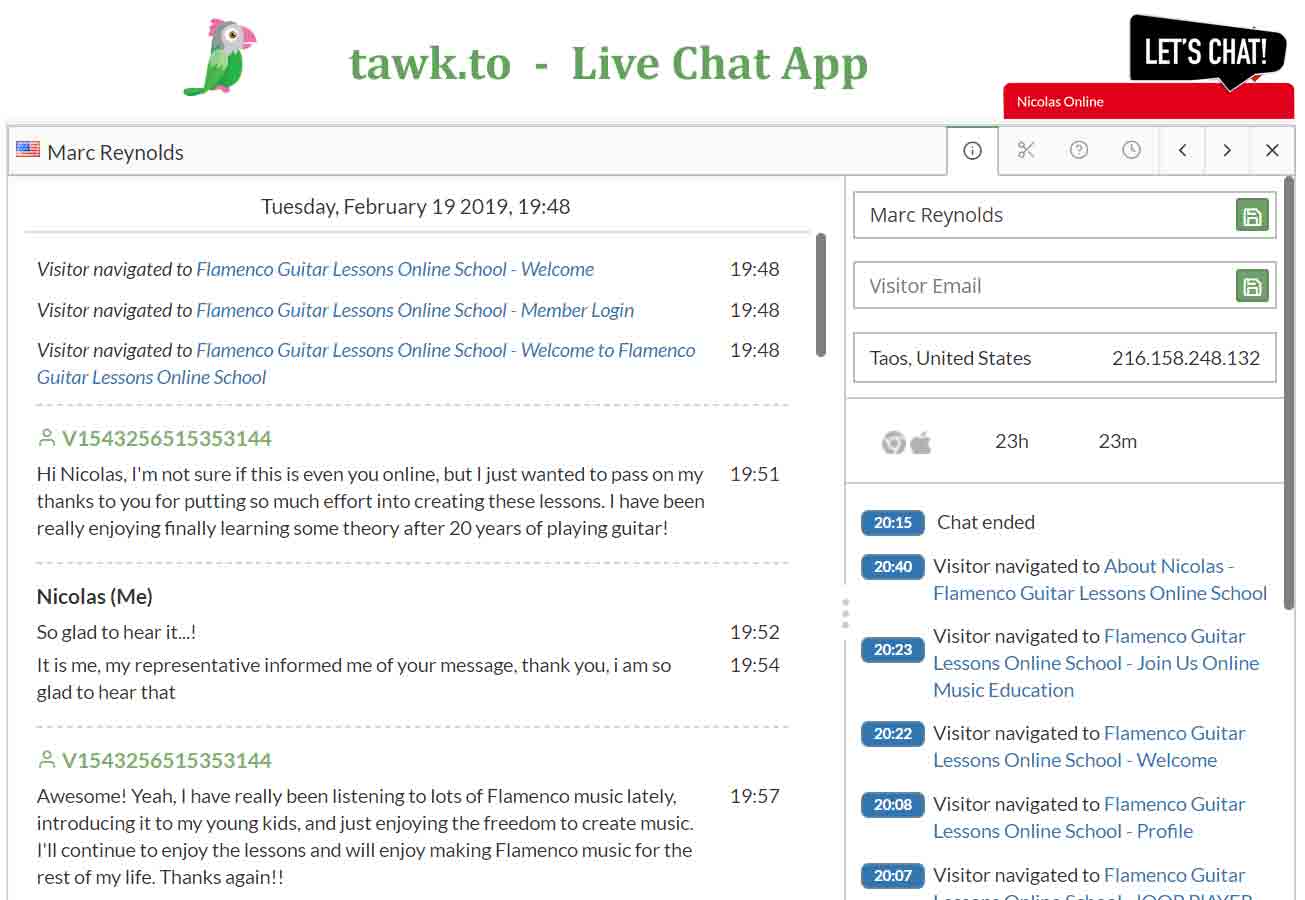