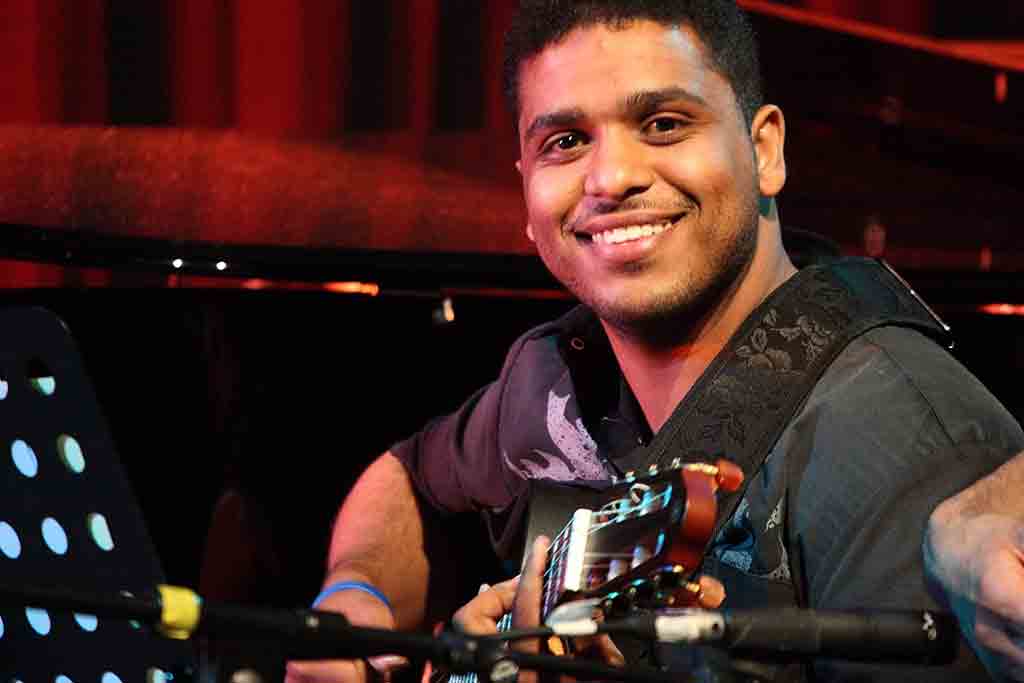 Hamanino – Abdul Rahman Al Bahraini is from the Kingdom of Bahrain. He was born in December of 1982. His level of understanding of flamenco is just purely AMAZING. His talent surpasses MANY contemporary Spanish guitarists, because of the rhythmical background of flamenco. Hamanino just has it embedded deep into his memory, and the accents are never any surprise for him. In fact, he enjoys flamenco like any Spanish player, you can see that on his face when playing… A very interesting and peculiar detail about his playing is that he almost regularly uploads and plays live sessions on his personal Instagram,

From 2001 to 2006 Hamanino studied Arabic and Classical music, precisely violin and piano, and obtained a Bachelor of Music. That is the source of his harmonic understanding of flamenco. During his career, Hamanino also held many concerts. The most important in countries like Japan, Morocco, France, but also in many other Arab countries… He was playing but he also started arranging music. He also started teaching music in 2007 and had many famous Arab students. They participated in many competitions at the level of the Arab world playing the guitar. Through time and years of hard work, he became what he is today – the most followed guitarist on Instagram on the planet..!

Hamanino feels flamenco on a natural, most basic level. He doesn’t play it as “some other’s people music”, but as his own national music, and that’s why his playing is so fluent. I would never tell that someone “not from Spain” is playing when I hear him play…I am following him on Instagram with such pleasure, that he is really one of the few people I really enjoy following. He is posting when he has something to say, not just to show himself with a guitar.

I must also add that Hamanino loves my Bulerias samples collection, and he uses it for composing and performance on a daily basis…