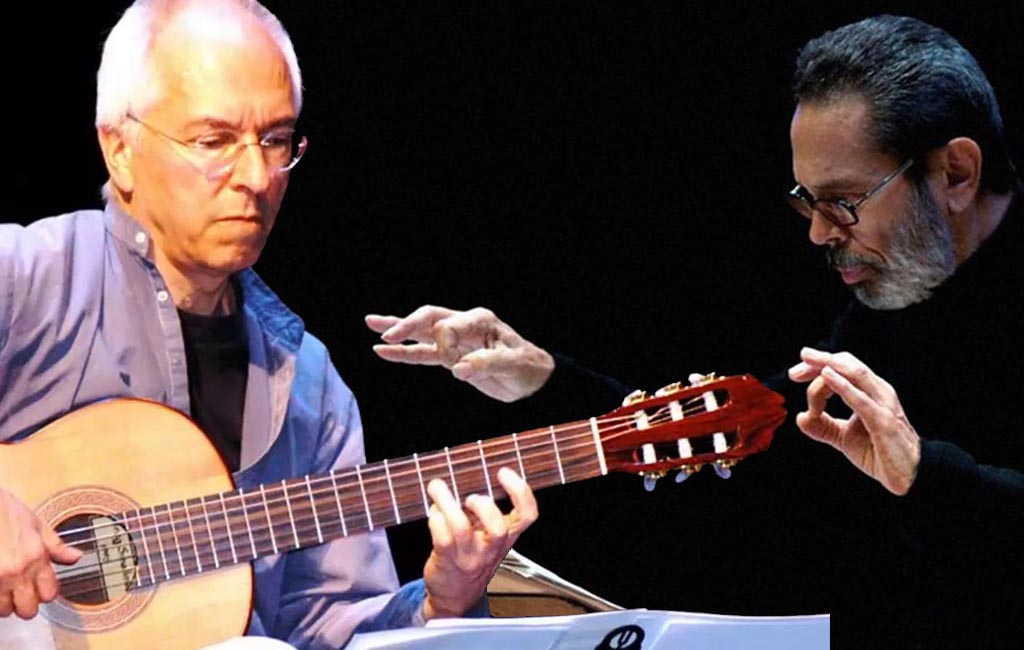 This video about John Williams is from 1987, from the Guitar Festival in Toronto that year. Since is in this video Leo Brower (was the conductor of the Cordoba Symphonic orchestra, at the time we met, 1996) is working with John Williams, I just had to place this video’s link here. Leo is one of the most prominent composers for modern classical guitar. He even used rock music motives to compose modern classical music, writing pieces for both solo classical guitar, and for the guitar with symphonic orchestrations. Working as an orchestra conductor in the city of flamenco – Cordoba, Leo Brower spent many of his working days surrounded with musicians that he personally liked the best – classical and flamenco guitarists. Of course, his collaboration with John Williams had to be well noted by the guitar community. John was always so ready to play, that I heard maybe just ones a “not so solid tremolo”, in “Recuerdos De La Alhambra” from him, and that he plays perhaps, “boring” type techniques in Concierto De Aranjuez, but that is all that is “bad” by him, literally..! During his entire career, all his performances – were literally – totally perfect!

However crazy that might sound, he is one of the first to accept the idea that playing classical guitar is like yoga; and that you have to rehearse it like crazy, so that your every move is planned, and then executed – to the perfection. He is one of the first to understand, that only then – you won’t have any issues at the time of performance… So, he “raised the bar” of the quality in the world of the classical guitar so significantly, first as a performer, but then as a composer, as well. Playing very, very precisely, always with a distinguished, full-bodied sound of the Ramirez guitar, and his flawless and massive “apoyando” tone, many of the recordings stand as the best classical guitar recordings ever. His versions of some pieces from the 70’s – until this day stand as the best of all times. But he also exceeded in writing transpositions for some well-known impressionist’s pieces, as well as in composing new arrangements for classical guitar. Apart from many Spanish classical guitar virtuoso players, John Williams marked the whole ending of the 20th century, as the best world guitarist for Spanish impressionism and Spanish classics, and made a serious contribution to the classical guitar world heritage.