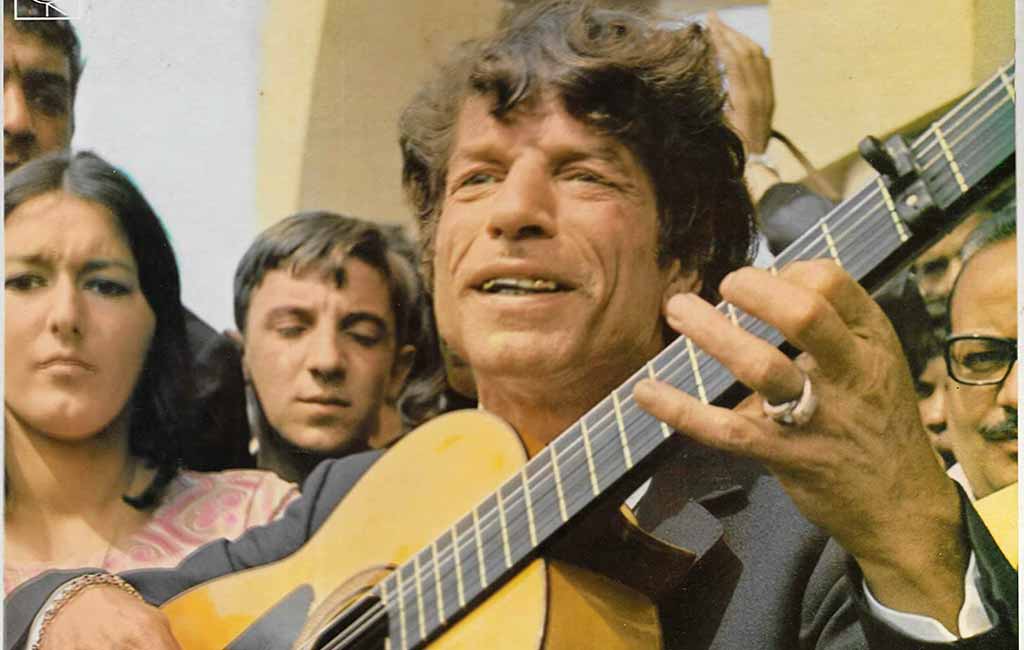 Manitas Del Plata, that is his artistic name means “little silver hands”, is one of the most important figures in the history of flamenco. His true name is Ricardo Baliardo, and he was from the south of France, just like Gypsy Kings. But in his heart – he was probably more Spanish Gypsy than anybody else.

His artistic career started almost at the same time as Paco De Lucia’s. Only that Manitas is some 26 years older, paco was born in 1947, while Ricardo in 1921. So, naturally, while Paco’s art was still in his infancy, Manitas started touring Europe. Unfortunately, Manitas Del Plata chose the ABSOLUTELY THE WORST POSSIBLE MOMENT to try to spread the freedom philosophy from fascist Spain.

Pablo Picasso was totally overwhelmed with Manitas. He said that Manitas Del Plata is “more the true man than himself”. What he meant by that – nobody knows. But after the 2nd WW Francisco Franco was still ruling the country, with the iron fist, prohibiting any foreign influence. It is one of the main reasons that the Spanish culture (because of that repression precisely) – was THE ONLY ONE TO EVOLVE RHYTHMICAL MELODICALLY IN THE 20th CENTURY. Compared to the rest of the European countries and their ethnical heritage in the 20th century, In flamenco, the harmonic development, (leaning on Spanish impressionist’s harmony from the beginning of the 20th century), and the development of different musical forms/styles (“palos”) led to the diversity and musical riches that we can enjoy today…

Manitas Del Plata was still sometimes making errors in the compas, in many of the recordings I heard 10 or 14 beats instead of 12 in one measure. But that doesn’t even begin to cover his legacy, his spirit, and the personal touch he brought to the world scene and the world of flamenco.