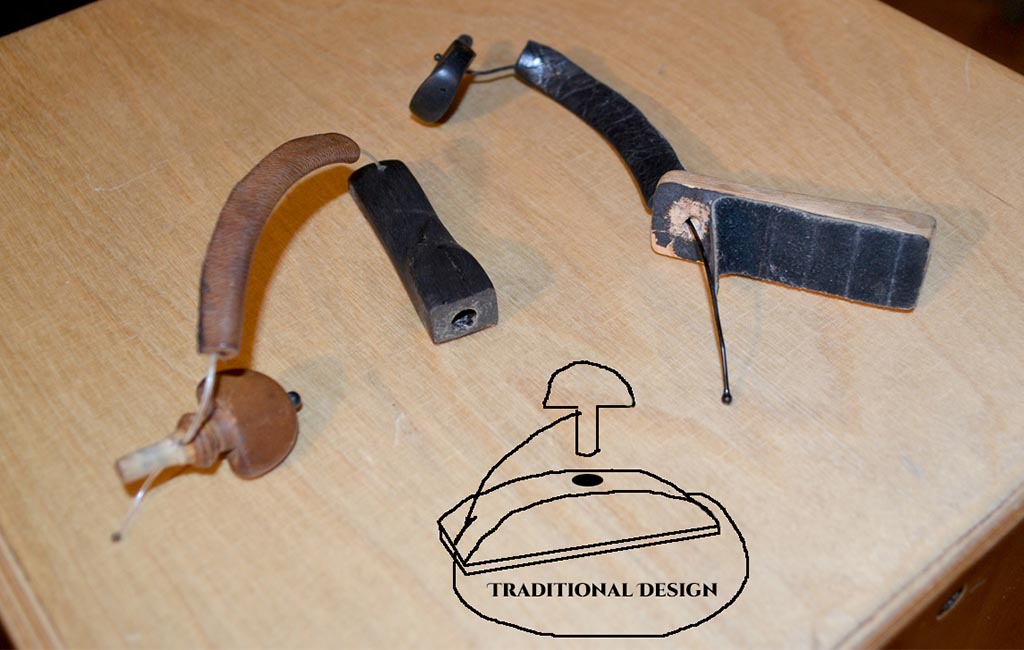 Guitar Capo is the easiest way to change the tonality when accompanying singers. There are many varieties of capos today, but they are not all good. The traditional flamenco capo is called “La Cejilla”, {sehilya}, meaning “the small eyebrow”, and it’s made of wood, but what’s most important is the piece of leather glued underneath, that holds the strings. If this piece is made of rubber, it might not hold the strings properly, and they might move when playing left-hand legato. La Cejilla also changes the overall height of the strings, so playing in the first position is much easier for the left hand, too. All the harmonics of the entire instrument also change, because of the open strings. With cejilla on, they all have different pitches. This is my new guitar capo or “cejilla” being made from a very nice piece of mahogany wood, and the peg is an original flamenco guitar head peg from Ramirez The 3rd, made from ebony. I know that today is next to impossible to get a guitar head ebony wooden peg, but the pegs for the violin, viola, and cello – are very much alike and are available in music stores around the world for like 5 $. 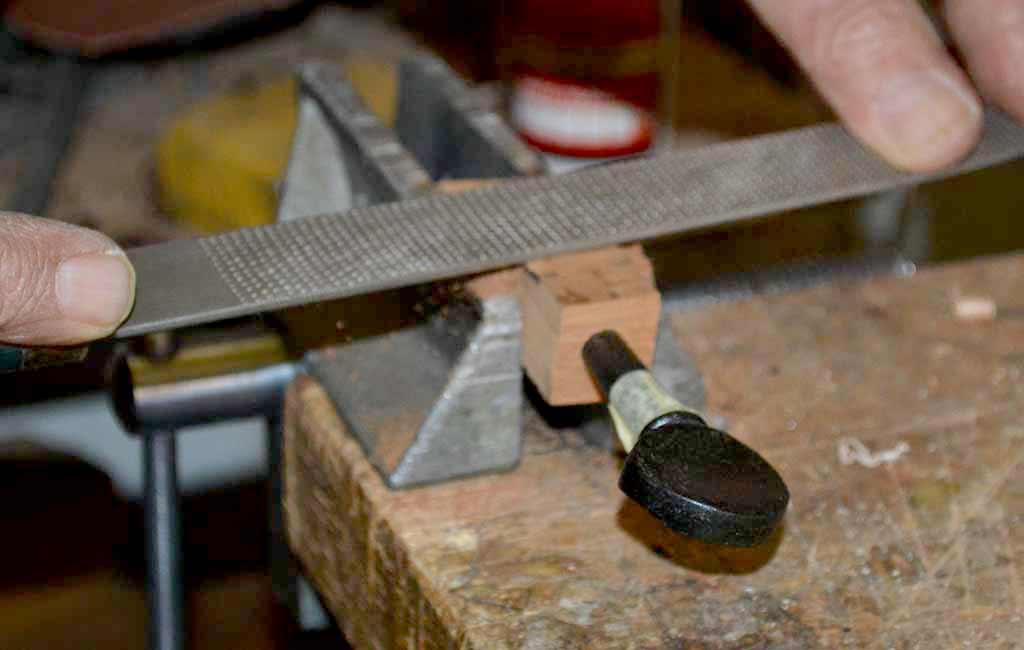 On the leather, through time, the strings make indentations, and these “channels” then hold the strings firmly, so they can’t move up or down. The easiest way to make a flamenco “cejilla” is to find some old violin or a cello peg and start from there. Be aware that the peg’s axis has to be perfectly cylindrical and conical, and it’s quite difficult to make by hand, without a lathe. This design, with the peg on the side, is quite new. The traditional design is rounded on top, reminding on an eyebrow, with the peg hole in the center of the top of the wood block. But then the peg is in the way when playing certain chords. This way on the guitar capo – the peg never stands in the way, whatever you play. Traditionally, both the wood block and the peg would have been made of ebony wood, since it’s among the highest density wood known. Ebony tree impregnates naturally after it’s life, it’s first white, and then the trunk keeps sucking water from the soil, and the trunk center turns black, gaining incredible strength. When it’s really of the best quality, it behaves almost like some sort of ceramic, when carved. On hand made guitars, the fretboard is always made from it. This piece of ebony I used to carve the capo’s body (on the left), was not of the best quality, that’s why it’s not completely black, but dark brown. But you can use any wood, just as long as it’s dense, (the one on the right is from beech wood, not very good, though). The cone shape of the peg hole and the conical peg axis on the guitar capo are a world on its own, just try to obtain as much friction as you can between them. You can also use the “sulphonium”, or resin that violinists use for the bow strings, to increase the friction between the body and the peg. When making a small hole for tightening the string, take in consideration the space needed for the nod, and create a small pocket for it in the capo’s bottom side. You can tie a nod, or you can use a lighter, and melt the plastic. It will make a bulb, that will equally prevent the string from slipping through the tiny hole you drilled 4 it. You can use the second or the third guitar string, just the same. I used superglue to glue the leather cylinder for the protection of the guitar neck, but also for the piece that holds the strings. It’s the quickest, but also the lazy man’s way because the superglue is brittle when dried and it breaks easily, so better try to find some glue suited more for the leather.
I finished this guitar capo myself, of course, and it is holding – fantastic. The friction is enormous because the guitar peg is this long. I finished the hole on the mahogany body by hand, gluing a piece of sandpaper onto a round wooden stick and filing it carefully from inside. I know that this type of ebony guitar peg is an object from the dreams, and it is no longer made and – you can’t get it (unless you buy the original Ramirez the III from the ’60s for like 50 000 EUR). My friend Sabre (Lazarus’s brother) bought the flamenco model from Jose himself in the ’60s, and Jose gave him two sets of pegs initially, one from rosewood, and this set from ebony. Sabre was producing guitars with wooden pegs as well, so I think we have like 100 old guitar pegs in the workshop. But you can get a violin or a cello peg and start from there. Put it into the jaws of the electric drill, and make it just slightly more conical (without a lathe). You need some experience with woodwork, but the peg costs like 5$, so – go for it…! 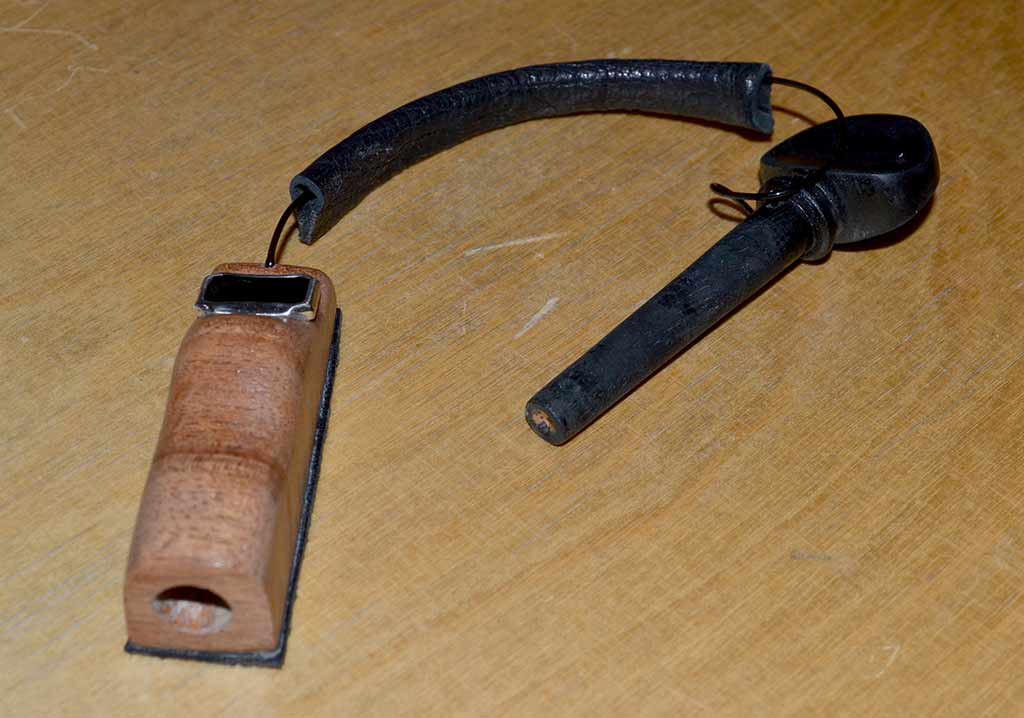