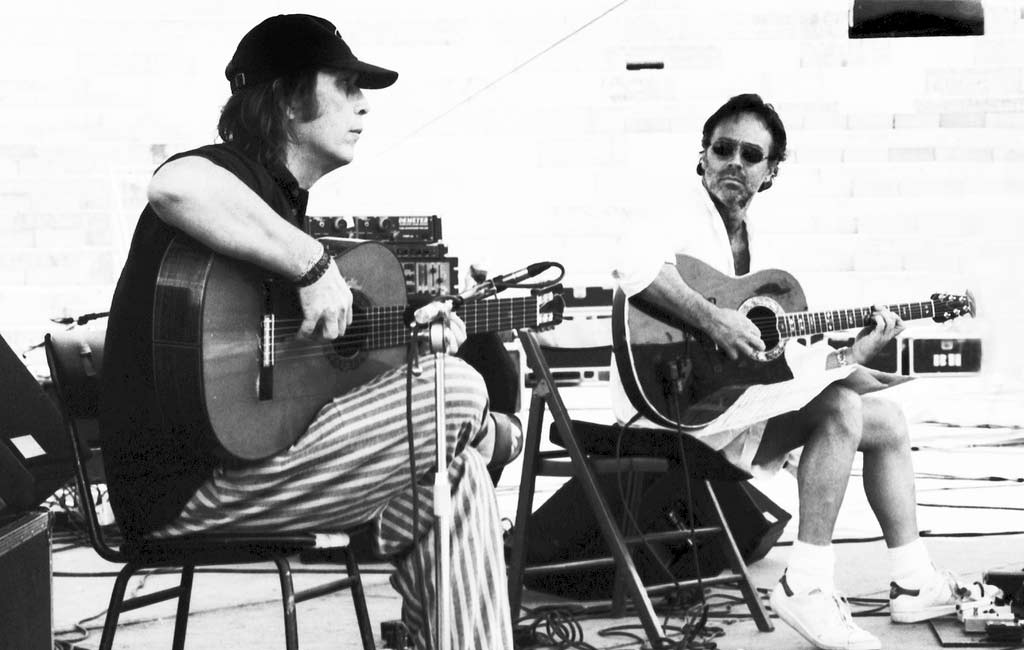 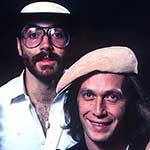 Mediterranean Sundance is the first song Paco De Lucia recorded with Al Di Meola, in 1977. It was published on Al Di Meola’s album Elegant Gypsy. I must say it is the best recording of this piece ever, and they’ve recorded it again – thousands of times in years to come. Al Di Meola actually “borrowed” the harmonic sequence for the Mediterranean Sundance from Paco’s two of the most “polished” products for the world market. From two rumbas that Paco used to export the true spirit of flamenco legacy onto the world music scene: Entre Dos Aguas, and Rio Ancho.

Some Flamenco purists might turn their noses up at the fact that Di Meola and is using a pick while Paco isn’t. But that shouldn’t bother the listener at all. All that matters is the music itself; and with the pick or not, this is unquestionably – some of the hottest acoustic guitar music ever to have been performed in front of a live audience.
Mediterranean Sundance is in 4/4 and in the key of E minor. The song begins with an intro theme between Di Meola and de Lucía and then progresses to feature each guitar player taking turns playing rhythm and soloing, and occasionally soloing together. They make use of many guitar techniques all at once, that’s why this performance was a true wonder since they both are virtuosi guitar players. This collaboration triggered the guitar community to create some new combinations with the best world’s guitarists, and many similar projects were realized with the famous guitar trio.
The idea to put together the famous guitar trio came up in the ’80s, and they first called John Williams, the classical guitar player. After he refused, Al Di Meola made a band with Paco and Lary Coryell first, and later with John McLaughlin, when Lary couldn’t do it anymore. But that subject is for another blog post. This is one of many concerts of Paco’s and Al’s performance, made some 30 years later, and the sound is quite good:

I so enjoy this track…: