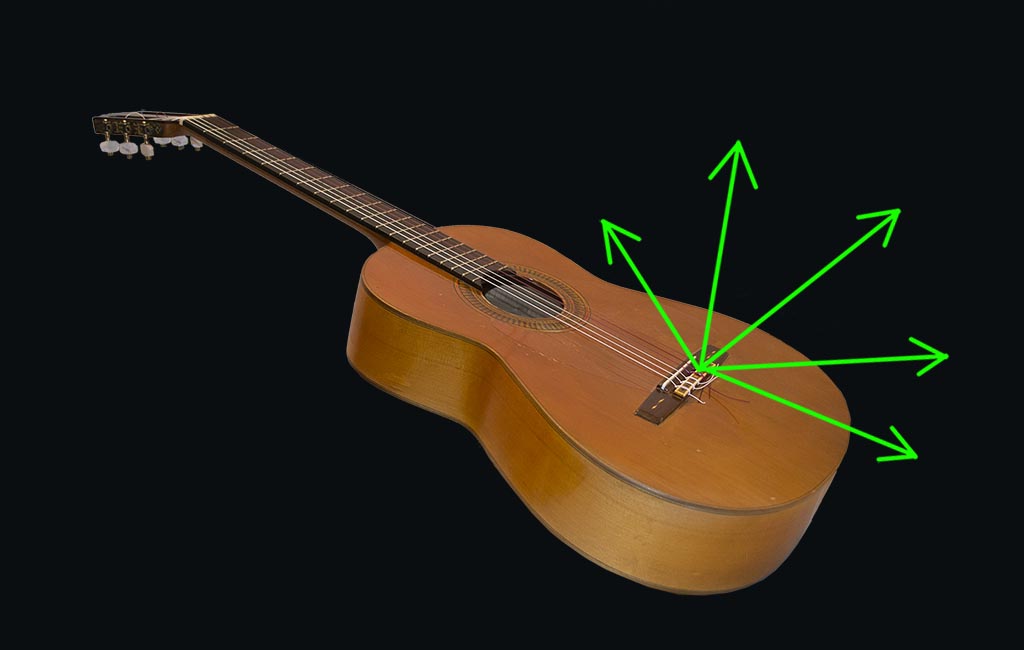 The rich Mediterranean heritage brought a variety of different string instruments, and among them, on the Iberian peninsula – the Spanish guitar. The today’s guitar emerged after more than a thousand years of the development, at the beginning of the 19th century. The old story goes that Zyriab, an ancient poet, mathematician, astrologist, philosopher, composer, and a musician – came from ancient Persia to the western Mediterranean conquered countries by his fellow Muslims – Andalusia, which was ruled from the city of Granada, in 822nd. He rapidly becomes a cultural trendsetter in a country now thirsty for its own national identity… He could have maybe added the 5th string to the ancient lute, while the 6th string waited some 7 centuries, and Christian conquerings at the beginning of the 16th century. The Castilla and Toledo kingships merged, they became a new Europe’s superpower and made a really big mess on Iberian peninsula, but the fact that the 6th string appeared in the middle of the Spanish Inquisition, and that 6th bass string remained an inevitable part of this beautiful rich instrument – proves it has the true Spanish origins, a desire for freedom permeated with the eternal social repression… Very soon, from this perfected harmonic six-string instrument, the classical guitar came too. The apparition of the guitar is a logical answer to the developing harmony and tonality during the 17th and the 18th century. As the music went from polyphony in baroque, to monophony towards classicism, it gradually started to lean on the already defined harmonic blocks – chords. Accordingly, the instruments that started appearing in the 18th century, (due to the technical development, the appearance of the new materials, much better measuring devices, overall production precision, and ultimately – the industrial revolution itself), were HARMONIC, as opposed to MELODIC. So the intensified superimposition of the notes actually resulted in the creation of this six-string harmonic instrument. During the last 200 years, with the development of the new materials, there were no big changes brought to guitar construction, but there were a million small ones. The construction of the Spanish guitar is a world on its own. But first, let’s go to the basics:

On the Spanish guitar sound is produced by first tensing, and then releasing the string. Since everything in nature goes to the stadium of equilibrium, the kinetic energy passes the vibrations from the string to the front board, over the bridge. Some kinetic energy is transferred over the nut also, but it is a very small amount. As soon as we release the string, it starts vibrating and it transfers kinetic energy waves to the wood. The front board flexes going back and forth and starts “pushing” the air towards us. The hole is there to allow the air to enter and exit the resonating chamber, as it’s changing its volume while the front board vibrates. The center of production of the sound is more or less the bridge itself, or a geometrical center of the guitar body’s widest part. Since the speed of sound (kinetic energy wave) through the material of the string is constant, each different length of the string – will produce vibrations of different speeds. That different “speed of vibrations” makes different note pitches, and it’s expressed in Hertz, (the number of vibrations per second). For example, the open 6th string, regularly tuned to note E has 82,41 Hz, which means that it vibrates so many times per second. The 5th string is 110 Hz, the 4th – 146,83 Hz, and so on… The open first string tuned to note E has 329,63 Hz, and on the 12th fret, it’s 659,25 Hz. The highest note on the majority of the classical guitars is on the 19th fret, the note B, and it has 987,77 Hz.

As you can see, the majority of the notes on the Spanish guitar are in the bass and middle frequencies of the spectrum. That doesn’t mean that there are no high frequencies. In all the higher part of the spectrum, let’s say from 1000 Hz and up, there are the HARMONICS of all the notes that go to the infinity. (in video tutorial: The Sequence Of Harmonics, I play all the harmonics on open 6th string tuned to note A – 55 Hz). There are 11 different harmonics, audible in 16 different pitches, in 4 octaves above the basic frequency. Depending on which ones are accented, the color of the tone will be such. It’s what gives life and brings color to music. The more harmonics guitar posses, (meaning that it resonates easily on the determined pitches in relation to the basic frequency), the better and richer it sounds. In tutorial “Tuning, Harmonics & History Of The Tonality, there is a thorough explanation of how overtones influence tone colors. 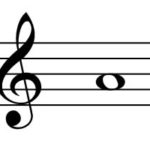 The guitar has one special audible peculiarity, it’s perceived one octave higher than it actually is. It’s first harmonic – the octave is perceived as the basic frequency because it’s actually louder than the main frequency. Therefore in the music score, it’s written accordingly too, one octave higher than it actually is. The note A on the second fret on the 3rd string – is not 440, but 220 Hz, in fact. But in G clef, we consider this note to be the 440 Hz note A, and we write it in the second void…