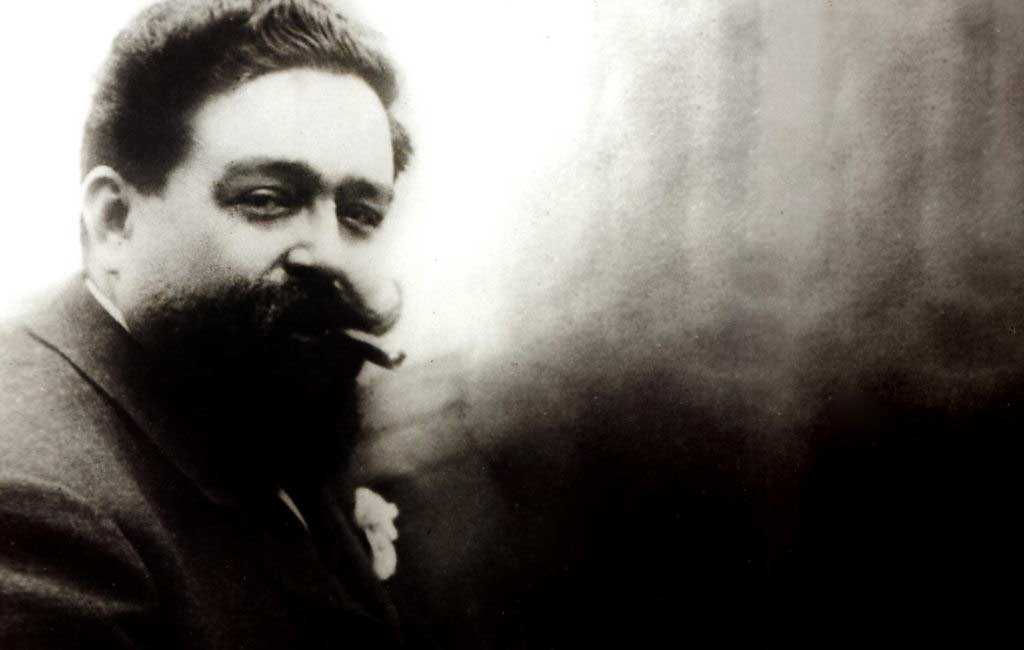 Isaac Albeniz or Isaac Manuel Francisco Albéniz y Pascual (his full name with both parents surnames) is one of the most influential composers of the late romanticism in the Spanish history of music. His contribution to the Iberian National legacy of music is beyond description. He was a pianist before everything (the “pianoforte”, (hammer piano) was already being made all across Europe). His suite Espanola or Suite Iberica (Cordoba, Cataluña, Mallorca, Granada, Sevilla, Cadiz, Asturias) is one of the most famous sets of compositions transposed for the guitar from the piano arrangement by Isaac. Julian Bream played one of the best performances on the guitar.
After finishing the Brussels Conservatory of Music in 1879, Isaac Albeniz went back to Spain. First to Barcelona, in 1883, and then to Madrid, in 1885th. Besides the direction of the orchestra, the piano performances of his own pieces, he wrote for other instruments too. He also wrote orchestral pieces and operas, as well as “camera music” pieces. Isaac traveled to the United States Of America also and toured all across Europe. All the way from Brussels to Paris, often interrupting his teaching on the Madrid ConservatoryHis fund is preserved in the National Library of Catalonia, with original manuscripts, biographical documents as well as some personal items. In each of his works, the national heritage of Iberia is very strongly felt. Before everything, from the very intensive use of Spanish motifs. He built a very impressive career in Spain and left a huge legacy behind. His most famous work is definitely the Asturias, above all other works. In the 1890s, after some time in Paris, he moved to London, with his wife and all 3 children. In England, he continued working for the theatre and also became a very famous musician, composer, and performer. Just before his premature death, he went back to Spain to visit his coleague and friend, also a distinguished artist Enrique Granados.